You should know that there was a time when becoming a Citizen of the United States and becoming an American was part of the American Dream.

Immigrants dreamed and looked forward to obtaining that beautiful blue passport that when presented identified them as a full-fledged American, and they felt that they had acquired part of that American Dream. Acquiring that American Passport gave those who possessed it prestige, liberty and the protections that came with being a citizen of the United States people of other nations could only wish for.

You should know that becoming an American Citizen came with pride and inalienable rights, to life, liberty and the pursuit of happiness. This came with the opportunities and the promise that anyone can prosper and acquire the happiness they seek with a good education and hard work. As American Citizens we are afforded the right to elect our leaders and representatives on the city, state, and federal levels. The beauty of America is that when you become an American Citizen all citizens become one people, the American People.

It is important for you to know that it is painful and disheartening to hear when New York City Councilman Ydanis Rodriguez said that if American Citizens, do not like granting the undocumented immigrants the right to vote then “pack your bags and move to another city or to another country.” Wow! What nerve and audacity to say this to American Citizens who have fought for this country and have abide by our country’s laws and New York State Constitution.

Could you Imagine what we have come to! while some have waited in line, sacrificed everything, their lives, their families, their positions to obtain American Citizenship and others such as Puerto Ricans who shed their blood and sacrificed to obtained American Citizenship, Ydanis Rodriguez now tells us, that if we do not agree with him in violating the Constitution, which he swore to uphold, and allow non-citizens or the undocumented who entered this country without authorization, or documents, that we should leave our homes, City, State or even our Nation.

Councilman Ydanis Rodriguez, who happens to be a Dominican, knows full well that in the Dominican Republic undocumented Haitians are not allowed to vote, and when found they are immediately deported.  I refuse to believe that Ydanis Rodriguez would have the nerve or the audacity to tell his Dominican compatriots, that if they do not allow the undocumented Haitians the right to vote in the elections of the Dominican Republic, then they should pack up and move to another country.

I think Councilman Ydanis Rodriguez and everyone who agrees with him owes an apology to all the American Citizens and immigrants who abide by our immigration laws and who have waited in line, and who have sacrificed to obtained and become proud Citizens of the United States.

All countries and even in the Bible itself you will find that citizens should submit and comply with the authorities and obey the laws of that land. (Romans 13).

Our Constitution states that only United States Citizens have the right and privilege to vote. This is to be respected and not incentivize people to violate and break our Constitutional Laws.

It is important for you to know that I believe that the Constitution of every country such as the United States, Dominican Republic, Mexico, Honduras, San Salvador, Ecuador, Venezuela, etc., etc., shall be respected and complied with. If there is anything in the Constitution that we do not like then our struggle and energy must be exercised to amend it, not to violate it.

I am Councilmember Rev. Rubén Díaz, Sr. and this is what you should know.

Disclaimer: The views, assumptions and opinions, expressed in the publication above, are those of their respective author(s) and do not purport to reflect the opinions, views and/or positions of the publisher and any of his affiliates. The publication of content, submitted by third-parties, is not intended to malign anyone or anything in any way, shape or form. 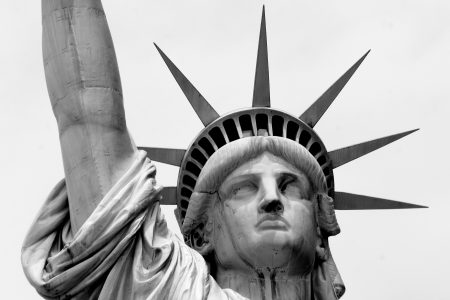 Court Rules Undocumented Immigrants Must Be Included In Congressional Apportionment

Lawrence Dixon, 44, Arrested For The Murder Of Bilroy Jackson, 42